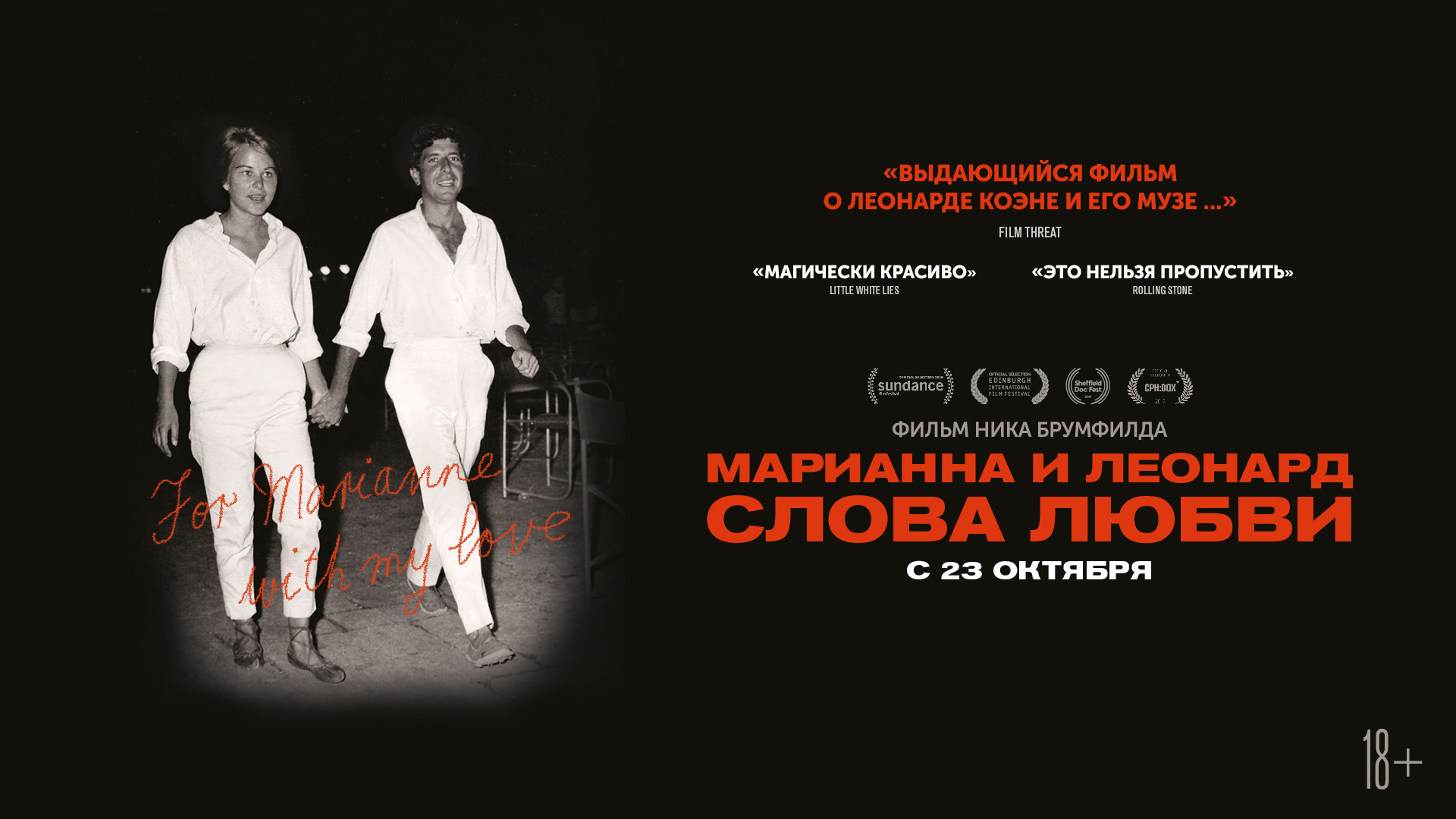 As part of the UK-Russia Year of Music project 2019, realized by The UK Embassy in Moscow, with the assistance of the British Council.

Four-time Grammy Award winner, writer, poet, Montrealer of Jewish descent, beautiful loser, Zen Buddhist monk and one of the most influential people in the history of music. All this is about Leonard Cohen, whose recognizable timbre and profound lyrics worthily won hundreds of thousands of fans all around the world from the 1960s until the death of Cohen in November 2016.

This year, September 21, is the 85th anniversary of the musician’s birthday. And the story of one of his most famous songs comes to life on the big screen: So long, Marianne ...

Marianne & Leonard: Words of Love is renowned filmmaker Nick Broomfield’s (Biggie and Tupac, 2002; Kurt & Courtney, 1998; Whitney: Can I Be Me, 2017) most personal and romantic film of his storied career.

The documentary starts on the Greek island of Hydra in 1960, where Leonard Cohen, then a struggling and unknown fiction writer, and Marianne Ihlen, a single mother with a young son, became part of community of expat artists, writers and musicians. 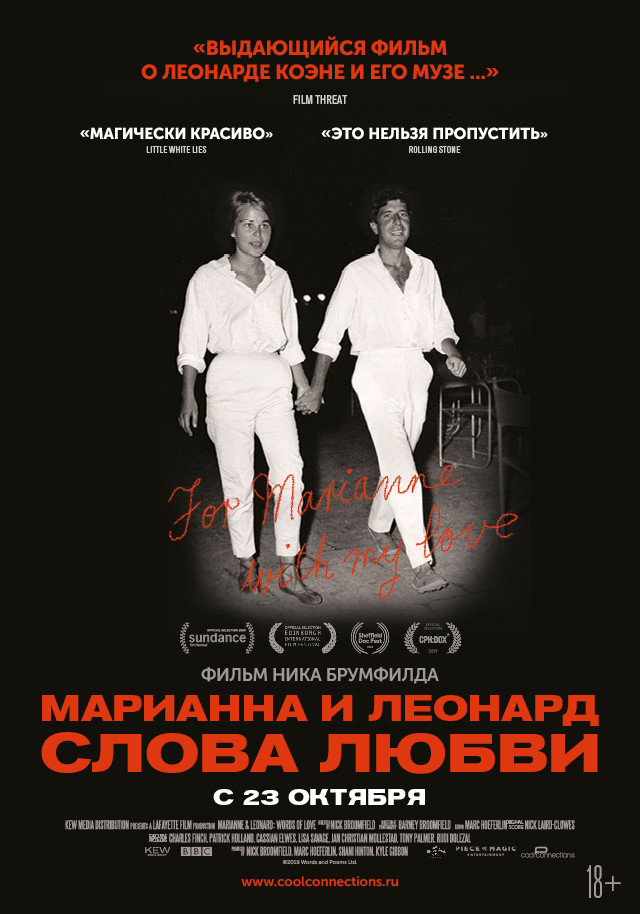